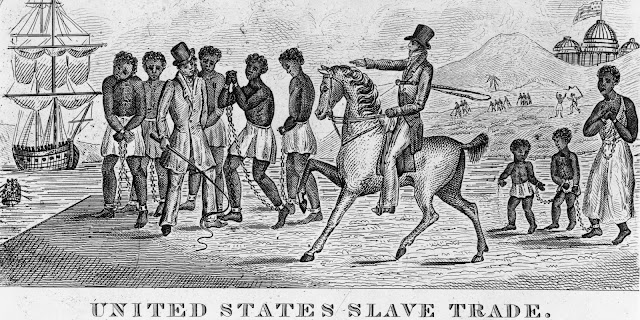 I've grown up and lived in many different states and areas. Born in New Jersey before moving to the Midwest of Oklahoma, and then moved again to the southern part of America in Florida, and once more further into the south of North Carolina. Now a resident of Los Angeles, California, I can honestly say I can't stand the south. My family still lives in North Carolina and I can't even stand going home. The last time I was there my best friend and I walked around the downtown area of Raleigh and it's as if we were in one mind when I said, " You know, I haven't felt like a nigga in a long time, until we got here". He smiled at me and said, "yeah, welcome home to the south".

Now I don't know if it's trucks with confederate flags driving down country roads, or white boys in camouflage hunting hats chewing tobacco, but there is this unspoken essence in the air that wreaks of slavery. It's the way you are looked at that is so different. At the time we had just left a friends wedding and we were dressed in suits, a tad bit overdressed for a night out in that area, but nonetheless, you got this feeling they had never seen a black guys dressed well before or something, it was weird.

Going from Los Angeles to Raleigh is like hopping in a time machine so to speak; I mean there are people on horses. It's sad because that state itself is beautiful, the green trees that stretch for miles, the smell of the country air after it rains, there is a lot to love about the south. But there is also a lot to not like. I was joking with a friend who lives in Atlanta after the Ferguson shooting had taken place, that they should just burn the south down. "I'm pretty sure they burned Atlanta once during the Civil War".

Abraham Lincoln was a great President and man, but I feel he had one shortcoming after setting the slaves free. He should have shipped the entire confederate army and southern inhabitants to Africa. Now how's that for Poetic Justice? Did he think that racism was just going to end because the war was won and slaves were free? I guess hindsight is forever 20/20. So here we are now in 2015 and the Confederate flag still stands, and has become an issue again. Somewhere Native Americans are on their Reserve watching the TV shaking their heads and saying, " why do think Black people think anything gonna change, they see how they did us"?

But do we remove the flag? It's a part of our ugly past, but it is a part of our past. If we do, where does it stop? Change the name of the Washington Redskins? They claim historical importance even though it's clear Native Americans find it offensive. I mean would there ever be a team called the Alabama Cotton Pickers? One of my all time favorite comedians made a great point about dictators on money and the removal of them and compared it to American money. George Washington had slaves, Thomas Jefferson had slaves, I think we all know his story. Do we remove slave owners from our money?

Obviously we can't burn down the south, and so it will remain a stain on the fabric of America. The ugly dark spot where hatred and bigotry is harbored if not birthed. Now I am not as naive to think that racism doesn't exist in other places all over the world, it does. But there's something about the south that will always leave a bitter taste in my mouth. It's like people are just now realizing that The General Lee had a confederate flag on it. The car is named THE GENERAL LEE. Wake up people.
But the irony of it all is most obvious and confusing to me by looking at the University of Alabama's football program. The most racist state in the world is also the most loyal fan-base of a football team dominated by black players. Hundreds of years later and the South is still happily making money off of niggas working in the field.

The Dirty South is the most appropriate name to be given to such a place. 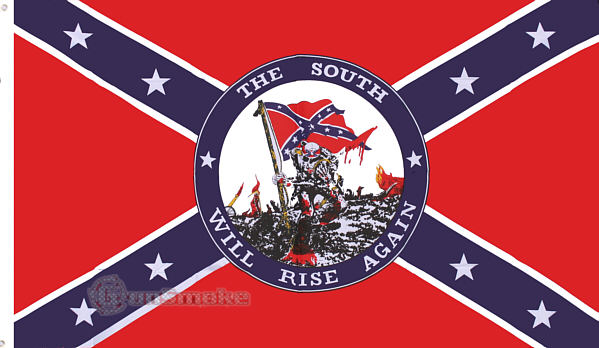