- March 19, 2012
As I sift through some old photos in my Facebook album I smile as I remember some of the more wild times in my life. How reckless I was, how crazy I could get, how unbelievably slutty I acted. I wondered what had led me to be that person.  Was it genetics? Was it my environment? Or was it simply the fact that I was a product of life itself.  I monitored the lives of others, friends, old girlfriends, and came up with a simple solution. It was my “Ho Phase”.
The “Ho Phase”: A period of time in an individual’s life whether they be male or female when they experience an elevated lifestyle of sexual deviancy and a rambunctious hormonal outpouring resulting in a carefree adventure into promiscuity with an entourage usually consisting of drugs, alcohol, and bad decisions.  But why does this “Ho Phase” occur? For many different reasons my friend. But let’s break this down by gender. 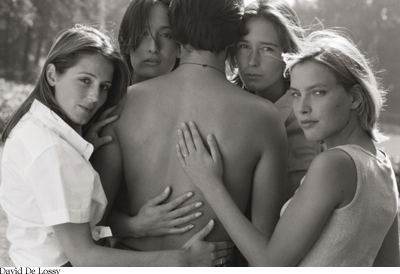 Men by nature are horny creatures prone to spread their seed amongst the numbers of the female population. Most male animals in nature have mating habits where they mate with many females…and after all, humans are still animals. For most men the “ho phase” hits around 22 years of age to 25 years of age. There are a lot of reasons for this phase: At this age, a man is probably either out or on his way out of college and starting his career if not going to grad school. For those starting their career this is where the problem starts. You still have the “college life” mentality, however, with a real job; you are not on the “college life” budget.
You combine the monetary access along with the connections of a college student, and what you end up with is a male Lindsay Lohan, without the stealing. He has a car, an apartment, and money to spend on the ladies, and he plays it well. He may even knock off some of the girls he wanted in school and couldn’t get to. Men are conquerors and nothing makes a man more upset than a piece of ass that got away. Ladies you ever have an old boyfriend from high school hit you up out of the blue and express interest? He may claim he just wants to reconnect with you, but really this guy remembers all the heavy making out you did, probably saw how fine you are now, and the conqueror in him wants to finish what he started years ago. Think I’m lying? I’m still trying to pull a girl I used to make out with at a skating rink I frequented back in 9th grade.
For men, the hunt is the true thrill. It’s a numbers game. Almost as important as penis size is your “I smashed” roster. Some believe in quality over quantity, other vice versa. If you can manage a quantity of quality, than you are probably Jay Z.  I say 99.9 percent of men go through a ho phase because the other .01 percent are those who end up getting murdered at a young age, lose their genitalia in a freak accident, or end up gay. But like most wild dogs in the street, eventually the comfort of home over powers our thirst to roam the block. We find a girl who changes it all, and we settle down. Just make sure to get your dog vaccinated ladies!
Women: 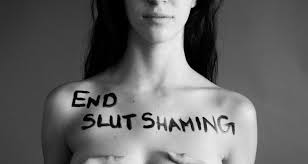 Now women are peculiar, because while a man’s “ho phase” is usually a physical matter, a women’s “ho phase” is usually emotional. After all, it’s commonly known that women are emotional creatures. With that information, it’s hard to place an age range on exactly when the “ho phase” settles in. For example, girls who grow up without a father or more likely to hit their “ho phase” at an earlier age. Now this may piss some people off, of course I don’t care, but this is all speculation based off my own personal experiences and those I know. Now let’s be real. A father’s job is to basically keep penis away from his daughter for as long as possible. Every guy is afraid to have a girl because he knows what that means. Penis patrol.  Girls without that influence and don’t have a father to give them inside advice on how men think and act are more likely to succumb to the advances of men. This also may go for girls who grow up hating their father.
Girls who grow up with both parents reflect almost the opposite reasoning. Their whole existence they have been warned about the evils of men and their penis, and when they get away from home, one can’t help but be curious about the opposite sex. This is why I believe that most women hit their “ho phase” around 18-22 years old. Come on, almost every depiction in the media of college women is one of them being, wild, crazy, sexual, and carefree. I went to college, it’s true. They get away from home and all of a sudden they think they are grown. Guys of course are in conquering mode, and the overall flow of attention thrown their way is hard to ignore. 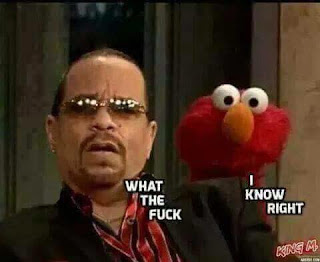 Now I’m not judgmental at all. If anything, I think my views are rather enlightened. I know plenty of guys who have had sex with upwards of 40 girls, and still expect to find a good, wholesome, non slutty girl. But karma, if you believe in such, does not work like that. Odds are the one you end up loving, is going to have similar characteristics as yourself. So if you were a ho, she probably was too. And after all the ass you tore up, you can’t be mad if bounced around from pole to pole as well. And with entertainment and media being everywhere and sexual content being so easily accessible, young people are hitting their “ho phase” even younger. The media encourages women to be more sexual, they may not admit, but you watch TV, am I lying? There is this saying, “You can’t turn a ho into a housewife”. Bullshit. People are doing it every day. Because we are all ho’s, or at least we used to be.