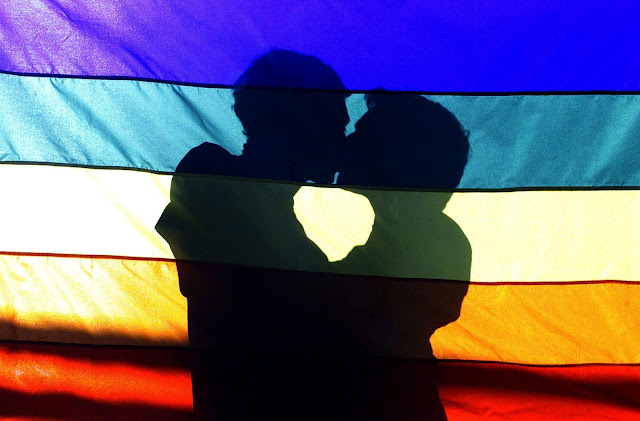 Unless you have been avoiding the news and or Facebook, Gay Marriage is now legal in the United States of America. And as a straight male, my thoughts are......FINALLY!!! Not because I care, because I'm tired of that shit in my face all time. But nope, can't move on, because everybody on earth, or at least in my timeline has to have an opinion and change their profile picture and what not smdh. I always say the most dangerous thing social media ever did, was give people a place to voice their opinion. Don't get me wrong, you have the right to have an opinion, but that doesn't mean you need to do so.

What ever happen to not giving a f*ck? Yesterday somebody asked me, "Hey what do you think about gay people being able to get married"? My answer was simple, " I don't give a f*ck". No long speeches, no biblical references, just straight up out of f*cks to give. Why do we have to care about everything. It's exhausting...The police are shooting unarmed black guys, we're always at war, there's a drought in California, my mid range jump shots not falling the way I want it to, there's too much stuff going on in the world to care about everything.

Now I realize it's easier for me to not give a f*ck because I am not religious. But also because I understand that what Gay people are doing and not doing really doesn't affect my life. Unless I get invited to a gay wedding or something, which I imagine would be very nice. But like Jay Z said, "What you eat don't make me shit". Religious out rage and page long rants about Adam and Eve are just as annoying as all the people who are in your face about how they support gay marriage. How many pictures of normal stuff with a rainbow do you need to share?  Am I supposed to be proud for you? Congratulations for being a civil human being, now go back to work.

I'm way more interested in the laws that will come to because of this. For instance, let's say a lesbian couple gets married. One of the females is artificially inseminated and has a baby raised by the two women. Then they get divorced. Who gets the kid? Does the chick who technically has no biological ties to the child have to be responsible for child support? I mean, technically that's not her baby. What I am really waiting for is some rich celebrity chick to get hit with child support in the realm of what P Diddy has to pay. Gay women being locked up for not paying child support. Then there shall be justice for all lol. Equality. What a beautiful thing right? 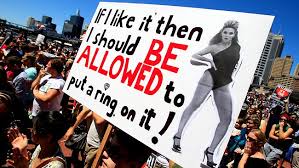