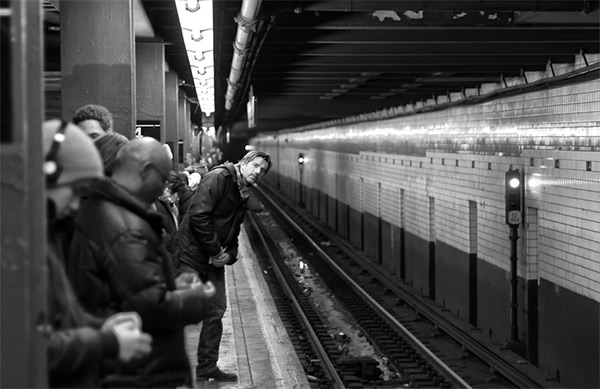 Standing on the platform of the subway waiting for my train to come,

Watching the crowd move around me, everyone is on the run.
Shades over my eyes, to help cover the lies,
We avoid contact, no need for interaction in our lives.
Took a seat next to a young brother dressed as a male nurse,
He said "People always look at me like I should holding a purse".
As if the thought was on his mind for sometime which he rehearsed.
I said "the people don't know much, ignorance is a curse.
Like you gotta sell dope, to be considered to be dope.
Media thrives off destruction, no money in selling hope".
He nodded his head and said, "My brother you deep,
What do you do for a living, I like the way that you speak"?
"I'm an assassin with words, a murderer with verbs,
A gangster with the nouns, a criminal with a curse.
Writing weekly blogs that hopefully shatter the earth,
Exposing all that's real until they see my worth".
He laughed and said, "damn we need more brothers real like you"
I responded,"nah brother we more brothers real like you.
What greater gift could be given than the gift of life,
Nursing the sick and trying to bring them back to life.
It takes much patience to be patient with a patient,
Standing on the edge of death and you gracefully embrace it.
So just keep your head up" I said as I had to get up.
Train coming to a stop time for me to go on and head out.
Put my headphones back on so I could vibe to the beat.
Back to being invisible I thought as I stepped onto the street. 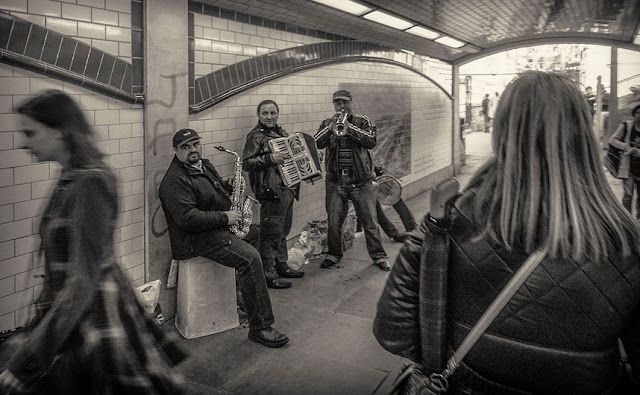