He lay in bed next to her, neither speaking nor moving. He noticed that she covered herself to leave the room, something in the past she would have never done. But this wasn't the past, or was it? Perhaps they had slipped off into this alternate reality where they simply couldn't move on from each other, where they couldn't let each other go. He searched for meaning to it all as she searched for her underwear. For him it all still meant something, and for her nothing. She said goodbye as easily as she said hello, and he... well he masked his hurt with clever jokes and witty lines. He lay in bed next to her, neither speaking nor moving. He wanted desperately to hold her, but every time he tried to touch her his hands would simply go through her...as if he were literally grabbing at the past...trying to clench to it... The laughter sounded the same, the smiles looked familiar, and the inside jokes were still inside... and yet... nothing felt like the present...it was back to the future...going back to a timeline that you already lived, already loved...He lay in bed next to her, neither speaking nor moving... not realizing that all that was there was their bodies...they hearts, already gone...now simply waiting for their minds to catch up, and come to the realization they had already determined... a door not easily closed...a page not easily turned... so instead they lay there, not speaking at all... in their alternative timeline.... sleeping with ghost. 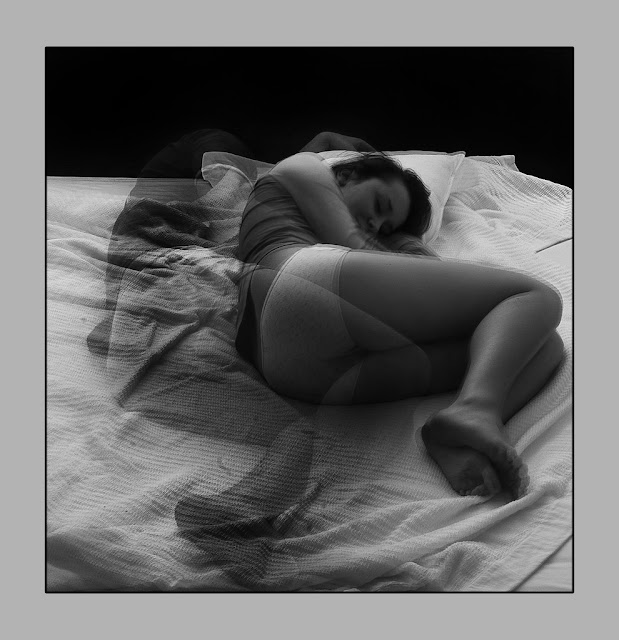