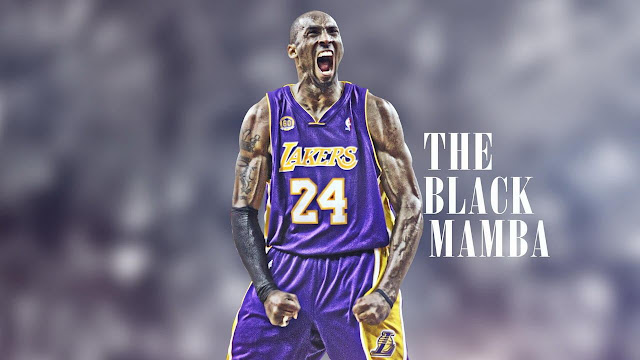 There are so many classic moments to pick from when trying to decide what my favorite Kobe moment is....The man has built a career by devastating his opponents, and providing clutch performances in the playoffs and on the brightest of stages. But for me, it will always be his three three pointers to help the Lakers win a regular season game vs. the Toronto Raptors. Even now I think Kobe has some sort of hatred towards Canada, because of all the teams in the league, he tortures none like he does the Raptors. I mean he gave them 81 points.

I remember a co-worker and I decided to go to the bar for happy hour to watch the game. Working in downtown Los Angeles any time the Lakers were on the bar was packed with with an array of fans either decked in Laker jerseys and hats to those in business suits or high heels. During the game we were all the same, we were all family. Laker gang.

The Lakers were down 5 points in the fourth when Dwight Howard, who I would be remiss if not to mention he is a punk, (all Lakers fans must), got a block in the paint and the Lakers took possession. Kobe as always found himself stuck in a tough spot having picked up his dribble and a defender all over him. So he pump fakes a few times and then just goes up and hits the three. The bar goes crazy. I'm nice and turned up at this point so I'm extra loud and high-fiving strangers because we know what time it is....it's mamba time. And no matter how difficult it appeared to be, we just knew Kobe would find a way.

He trotted back down the court in full mamba growl...he was in strike mode...I always imagined what Kobe's mind was telling him in these moments... "KILL.....KILL......KILL......KILL...." that's all he probably heard. Then again here we are in the impossible situation down four and 31 seconds to go. We inbound the ball to Kobe flying towards the corner....he just catches the ball, turns his body the opposite way and launches a three. Bang, another one. Right in front of Toronto's bench.

I mean that shot was difficult and most people won't comprehend the strength it takes to make a shot going against the natural momentum of your body, the control it takes. But Kobe was the master. He thrived under pressure, it was like he wanted it to be impossible, the harder it appeared the better he felt. "KILL.....KILL......KILL.... Again we needed the Mamba to come through in the clutch and hit one more big shot for us. Two wasn't enough, we needed a third.

Lakers inbound the ball who slashes between the double team, he pump fakes one guy and he blows by Kobe, and with the other defender jumping right at him, he pulls it anyway all in his face and buries it. I remember just being in there running around cheering with people. "That's Kobe"...."That's the Mamba"...the place was electric, Kobe was Kobe, and there was nothing better than watching him in that mode, and there was nothing Toronto could do about it, but be mad. "KILL.....KILL......KILL".