- May 09, 2017
He loved her. That alone was the problem, and the solution. It was his greatest strength, and his most vulnerable weakness. The selfishness of his love was terrorizing him... holding him hostage and greedily unwilling to let him go. Her love reminded him of the ocean, at times clear and pure and easy to see, and then dark and murky, full of danger and unknowns. Like waves crashing into the shore as he stood on the wet sands. Sometimes the water would gently come up to his feet, and other times the waves would rush in almost knocking him over. He stood on the edge of the water always cautious and yet always care free. No matter the temperature he would surely run right in given the chance. He hated who he was with her, but he loathed who he was without her. The lonely sailor lost at sea. Surrounded by the endless depths it became hard to tell where the ocean stopped and the sky began. And this is how he felt with her, as if up were down and down were up. Certainly he would love to find new land, a home to have, a place to build upon. But no matter how hard he looked, all he could see was the ocean... the ocean that surrounded him. He knew that if he tried to swim for the shore the water would most likely swallow him whole, the way her love always did. But what other options did he have? What better choice was there for him? The only way he would ever find a new land, a new world, would be to go through the treacherous waters and face his fate. But without a compass, a since of direction, he would never know if he was swimming away from her, or towards her. So as he swam through her waters he also swam through his tears, tears that hit the surface of the ocean like rain in a storm. He loved her the way he loved the ocean, in fearful admiration and cautious excitement. And the current of her love was always too strong, pulling him in, pushing him under, to die, giving his last breath to her every existence. 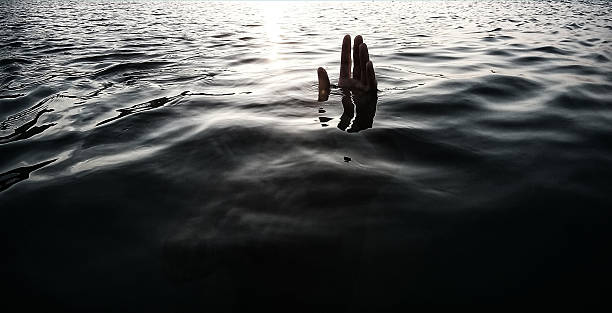