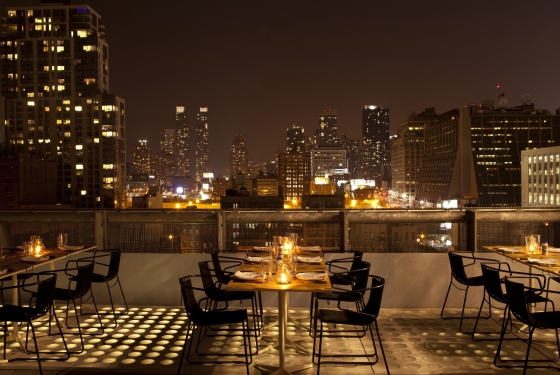 Brandon had grown tired of the fourteen hour days he had been putting in with little to no help from his co-workers whom conveniently found excuses to leave early every day. So on this particular Friday, with the sun high in the sky and the air summer time warm, he began wrapping things up quietly as to go unnoticed. While everyone else was tied up watching the latest viral video on YouTube he put on the blazer to his well tailored heather grey suit, straightened his navy blue tie, put on his designer shades, and slipped out the back door. A Devilish grin appeared on his face as he stepped into the sunlight, like a prisoner stepping out of the clutches of his capturer, he was free. He made his way through the crowded streets of downtown Manhattan and the seas parted for him as he strutted along towards his destination. He could hear the bass softly as he rode on the elevator going up and up and up. Straight to the top, he thought to himself, taking the time to smooth out his waves and slick down his freshly trimmed facial hair. It was time to live a little, all work and no play right? As the doors open he stepped out into a new world. Shorts cut too short seemed to be the theme of the day as he passed by cheek after cheek. His dark shades giving him permission to let his eyes linger longer then proper put a smile on his face. But there was no mistaking that the ladies currently sending out their modest vibes taking their chance to check out the gentleman in the fine suit that had just entered. He made his way to the covered bar area and found an empty seat next to a young lady with her back turned to him, nothing but a provocative figure and a bushel of curly hair to stroke his curiosity as to whom it might belong. "Bulleit Rye on the rocks please, and make it a double." The bartender nodded and winked as if to say he understood, the week had been rough. "Good order", a voice spoke. The accent was British, and struck his Achilles heel of weaknesses in women. He turned to see the curvy curly mystery. Fair skinned with green eyes and dimples, he took a brief moment to thank God for this one. "Thank you", he replied. The bartender placed his drink down in front of him and he stared at it a moment. "Well, don't just look at it, drink with me". He turned to her and smiled,  why I'd love to, Miss" --  "Love, she said, "Cassandra Love". "Love indeed", he said, even more infatuated thazan before. "Brooks, Brandon Brooks, Architect". They smiled, clinked glasses, and the night began.