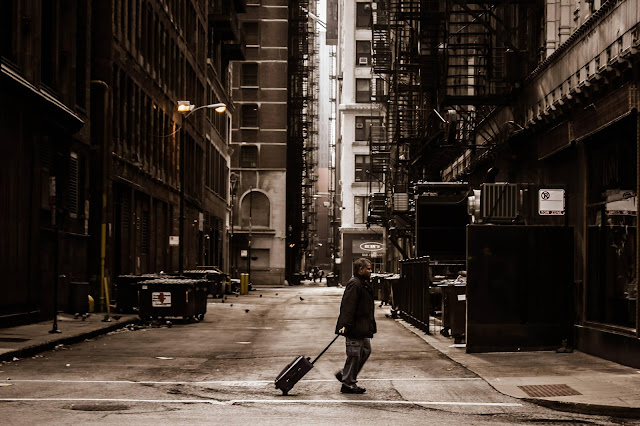 The air was cool and the sky grey as he made his way through the streets of the city heading back home. There were children out playing and parents observing, friends on street corners laughing and joking, and couples standing in line to get into the newest restaurant on the block. He walked passed them all quietly, headphones on, blocking out the noise of the day. His routine was one of familiarity, yet everyday he enjoyed it with a sad peacefulness to it. This was the closest he would get to feeling like a part of something, the few minutes he had on the street amongst the world. A stranger smiles at him and nods, the kind act of an unknown perks him up, if only for a moment. He enters his stone brick apartment building, rides up the elevator, and enters his apartment. There is no welcome home, nobody there waiting to ask him how his day was. Nobody to listen to a silly story that happened at work or to hug and hold and simply be silent with. He stared out his window and watched the people pass him by, a feeling he had far too often. Everything, everyone, passing him by. He prepared his usual dinner for his usual lonely self and sat at the table alone... as usual. How long has it been since someone told you they loved you, he asked himself? How long has it been since you loved someone, he snapped back? A war of words with his shadow was how he'd spend the evening. It's only words, what could they really mean? All we do is words, words are our life, so you can't possibly believe that. He scoffed at himself, he could really be annoying when he wanted to be. Always pining and reaching for answers, always falling in and out of love, too easily swayed by pretty eyes and flattery. Lucky for you I'm here to keep you grounded, myself said. Impossible to argue with, he finishes his meal in silence. Don't look he tells himself, no reason to get all worked up for nothing. You already know you won't do it. But he can never convince himself, in fact the only thing they agree on is her. So he pulls out the photo he hides in the corner of his closet, the one of them, when they were together. Our smile is different...it seems genuine...I suppose, he says trying to not make a big deal out of it. But he knows better. The memories are already floating around his head like clouds in the sky and for a moment he can hear the words in her voice. I love you. Such euphoric joy like the first sips of a sweet wine sending warmth throughout his soul. For a moment he's not the cold unforgiving monster that he's become. Like looking in the mirror and seeing a younger you, before the world aged you and love faded you. He wondered if she lay in bed at night too, looking at the photo and listening hard, listening for his voice to say the words they both had traveled too far and too distant apart to remember how to say. The one thing he had learned about love is that there is no such thing as "we'll find our way back to each other"...the path of love once separated never returns. They thought that if they traveled separate roads but yet kept their eyes on each other, that they wouldn't lose it, wouldn't lose themselves...but you can't go forward looking to the side...frustrated by this and unable to sleep he got up, and stared out the window... world passing him by...helpless...just a passenger on the journey into a long and dark unknown...hoping that somehow...two roads once side by side and pulled apart...would meet again. 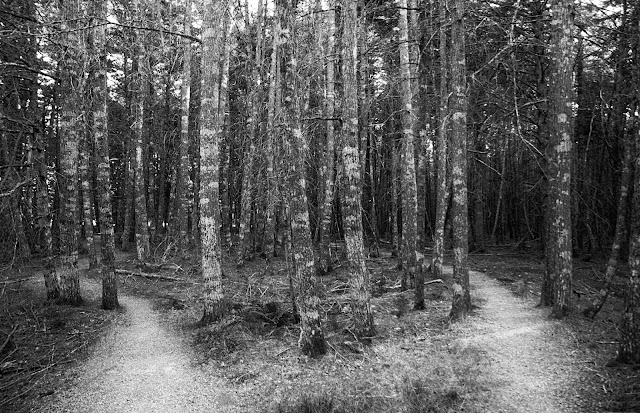